Are they the same as vitamins? Probiotics are not vitamins. They are real germs that have been freeze dried and can come to life when they are rehydrated. 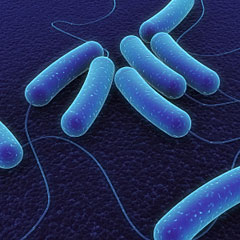 The answer lies in the biological phenomenon known as “Normal Flora”. Until birth, the unborn infant lives in a sterile environment in the womb. Immediately after birth, the infant is colonized by millions of bacteria. These germs take up residence on the skin, the mucous membranes of the respiratory tract, in the stomach, and in the bowels. These germs are known as flora. The harmless ones are called “normal flora.” Harmful germs that invade and cause disease are called “pathogenic flora.” Until recently no one paid much attention to the normal flora. It is only in the last few years that medical science has noted that the harmless flora is actually needed for the proper function of the body. A strong healthy population of good bacteria helps defend against invasions by harmful ones. In the case of the digestive system, the bacteria living in the gut help to digest food, help deny access to pathogenic bacteria and even help protect from an overgrowth of harmful yeasts. We now know that antibiotics frequently kill off these good germs while attacking the bad ones. Probiotics are very good for replacing the normal flora during and after antibiotic usage. 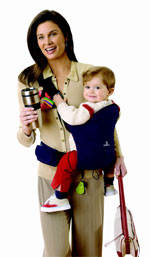 Probiotics provide a supplemental source for acquiring good bacteria. Using these germs has shown benefits in preventing and treating diarrhea, preventing food allergies and intolerances, and preventing infections in the respiratory and the gastrointestinal tract. In Scandanavia studies have shown that there is a benefit to adding probiotics to infant formulas. In Europe, certain probiotics were proven to greatly reduce the severity of viral diarrhea and even reduce infectivity. The most commonly used probiotic bacteria is Lactobacillus acidophilus. This is the germ that is found in yogurt. It is responsible for the fermentation of the milk into yogurt. People have known for years that it is beneficial. Although many people still use yogurt as their main source of acidophilus, it is probably not a good idea. Most commercial yogurts lose their acidophilus during the processing. Some companies even add the germ back during packaging and label the product “live or active cultures”. The colony counts that are achieved this way are mostly too low to be beneficial.

Unfortunately, Acidophilus is really one of the weakest probiotic bacteria. This is because most of the germs that are ingested are killed immediately by the acids in the stomach. Only a small percentage survive long enough to pass into the intestine where they do the most good. For this reason, it is recommended to take large amounts several times a day. There has been a lot of research done to improve the survival and effectiveness of acidophilus. One product, now available here in the US is Lactobacillus GG which is sold as Culturelle. This is an acid-resistant probiotic that only needs one dose a day and delivers huge amounts of effective germs where they can do their best work.

I usually recommend that anyone taking antibiotics should take Culturelle once a day until a few days after the drug is stopped. I always remind people to give the Culturelle at a different time of day than the antibiotic. If they are taken together, the antibiotic kills the probiotic germ in the stomach before it has a chance to help. If there is a severe milk allergy, labels should be checked to make sure the probiotic does not have traces of milk protein.

Other uses for probiotics include treating diarrheas, both infectious and nonspecific, and, occasionally, eczema that is caused by food allergy. Beneficial yeasts are also part of the “normal flora”. In addition to Culturelle, it is sometimes useful to take a probiotic yeast which can help prevent Candida and other pathogenic yeasts from colonizing and can help treat diarrheas. The most commonly used one in children is Saccharomyces boulardii iyo which is sold as FlorAstor for Kids.

Now that studies have shown their benefits, probiotics are being recommended by mainstream medical authorities. This is a real example of how “old wives tales” turn out to be based on real science.