A mother came into my office recently to show me the certificate her 11-year-old son had earned; the Student of the Year Scholastic Certificate. We were both thrilled. His story is a real example of what can happen to an ADD child. 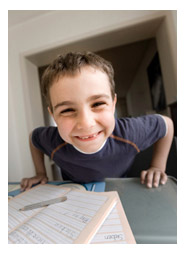 When he was 9 years old, he was brought in by his mother after he had been thrown out of school for the third time. As a little child, he was very active, bright and cute. He had been a polite child, but in the past year, his classsroom behavior had become impossible. He was annoying his teacher and his classsmates with constant playing around and getting out of his seat. When he was reprimanded he talked back in a disrespectful way. He was not keeping up with his schoolwork. At home, he was angry and irritable and refused to do homework. He hated school. He was miserable. An evaluation was done and he was found to have ADHD.

The following discussion is about ADD/ADHD children who have normal intelligence and who are not learning disabled. I use “he” to refer to the child but girls are also affected.

Attention Deficit Disorder (ADD) and ADD with Hyperactivity (ADHD) are caused by dysfunction in the front part of the brain that controls focusing and concentration. In the first few years, these children seem to be progressing normally. The problem becomes noticeable in the 2nd or 3rd grade when the schoolwork gets harder and they are required to spend increasing amounts of time sitting and listening to the teacher. The ADD child has difficulty functioning and learning in a classsroom setting.

What is wrong in the brain?

The frontal area of the brain works like “brakes” or filters that slow down the movement of stimuli into the brain. When these “brakes” are not working everything bombards the brain all the time. Thinking and processing become impossible. They are distracted by everything, even their own thoughts.

Although ADD children are often normal, even superior, in intelligence, their performance can be far below their potential capabilities. They can be quiet and not disruptive but they literally cannot concentrate. They have difficulty focusing on a page for more than a few lines of reading. They are often found “daydreaming” because they are unable to follow what is going on in the classs.

If the child with ADD also has Hyperactivity, (ADHD), the problem is much more noticeable. Hyperactive children are impulsive and restless with irritating, aimless fidgeting and disruptive behaviors. This obvious lack of control and “bad” behavior makes life miserable for the teacher, the classsmates, the parents and the child with ADHD.

Everyone berates these children for not behaving more maturely. “Just sit still!” “Pay attention!” “You are so smart, why don’t you know they work?” “Why are you acting so stupid?” “Grow up!” They cannot answer. They do not know why they are doing these things. They really cannot help it. They only know they are not worth very much since people are always disappointed in them. They go through their formative school age with a huge amount of negative feedback and very low self-esteem. They feel persecuted, angry and frustrated. Some become bullies. Many feel depressed. Some grow into “at-risk” adolescents. They feel that they are “losers” who do not belong in our society. Some even develop drug and alcohol abuse and criminal behavior.

Is this a new problem?

The genetic tendency has probably been there all along. In past generations, children grew up on farms, in small towns and in less crowded cities with schoolyards and parks to play in. They were not in the classsroom for more than a few hours a day. The schools were less structured and had smaller classses. 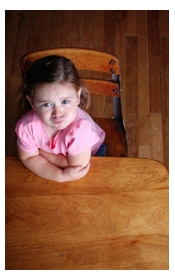 It is only recently that our kids are required to attend school from a young age for so many hours a day. We put them in classsrooms with children and give them very little physical activity such as gym and outdoor recess. Although normal children can function well in this setting, the child with ADD and ADHD is taxed beyond limits and cannot perform properly.

The ADD/ADHD children do better in small classses where the teacher can give them individual attention. They need frequent breaks that allow them to run around and burn off physical energy. In many circumstances, they can be helped in a school with “resource room” support, but the time in the mainstream classs is often frustrating and unproductive.

All children are born wanting to learn and, most importantly, they naturally love to earn approval from their parents and the other important adults in their lives. They do not want to be “bad.” The ADD child is often a normally intelligent person who is smart enough to know he should be doing better. Most of them are not often truly “learning disabled.” They could learn and process schoolwork if they could only focus without all the distraction in their unfiltered brains.

Now that we understand the nature of the problem we need to understand the possible solutions we can offer a child and his family. In the next section, “Helping the Child with ADD” we will explore treatment options.

Helping the Child with ADD/ADHD

When a parent comes to me with a child who has been evaluated and is found to have ADD, I try to make them understand the possible solutions for the problem. Since this child’s brain is neurologically “wired” differently from most unaffected children, just letting him continue in his current situation is not really a viable alternative. He has to get through 15 years of classsroom learning and come out as a normal, happy, self-confident person. The years of negative feedback and frustration can, as we know, lead to real problems as the child grows up.

There are two approaches to resolving the situation:

1) Change the learning environment to meet the needs of this child’s brain. Taking a child completely out of school is not an option. There are some schools with very small classses and more individual attention with specially trained teachers. The problem is that there are very few programs like this for normally intelligent children, and they are very costly.

2) Change the child’s brain to make him more suited for his normal school environment. This can only be done by using medication to help the front part of the brain function normally.

A trial of medication is worthwhile

Sometimes, the best way to find out if this approach will help is by trying it. The benefits are immediate when the proper dose is reached. If the child’s teachers, parents and the child himself notice improvement the drug can be continued. If the child feels no difference or if he does not feel well, the medication can be stopped immediately. Since there are several preparations, if one is not working another can be tried. This only takes a week or two.

What are these drugs?

Most of the currently used medications are based on the drug methylphenidate, known as Ritalin, which enhances the ability of the child to focus and concentrate and be less impulsive in his behavior. Another classs of drugs, amphetamines, is sometimes used in addition to Ritalin. (Straterra is different, and I am not discussing it here.)

Over the last few years, long-acting forms of Ritalin and other ADD medications have become available. Concerta, Ritalin LA, and ADDERAL are all examples. These preparations are given in the morning and usually last about 8-10 hours. They do not need to be used every day. They only work on the day they are given. Some people prefer to give it only on school days and not on weekend or vacation days.

Before a child is tried on one of these medications he should be examined by his physician with height, weight, blood pressure, and pulse noted. These should all be monitored periodically while the child is on medication.

Are there side effects?

Some children complain of headache or stomach aches in the first few days of medication. This is very temporary when it happens. One side effect is appetite suppression. It is important to advise the parents to give the child a big breakfast before he takes the pill and a big late dinner after it wears off. It is also important to give the pill early in the morning so it wears off by bedtime, to allow normal sleep.

There have recently been reported in very rare cases of cardiac problems resulting in death. These events happened mostly with the drugs that had amphetamine added to the Ritalin, such as ADDERAL. The incidence was less than 1 in one million prescriptions written.

Most parents are concerned with possible long-range side effects. “Will it affect fertility?” No, it will not. “Will the child become a drug addict?” These medications are not addictive and can be stopped anytime. “How long will he have to take medication?” ADD/ ADHD usually does not go away with maturity. However, most adults with this condition do not need medication unless they are in a job or learning environment that requires focus and concentration. The drugs can be used periodically, occasionally or long term safely, so the adult with ADD can use them as needed.

The interesting fact is that ADD/ ADHD children who are treated with medication have a lower incidence of alcohol, tobacco and drug abuse than those that are not. They also grow up with less psychosocial problems than those who are not treated.

Should we “drug” our children?

Many people are against using drugs at all. There is a fear of toxic chemicals and unnatural products. The fact is, Ritalin has been on the market for over thirty years. When used properly it is safe. Very few educators and psychosocial professionals that care for children are against the use of ADD medications. They have experienced dramatic improvements in many of these kids. The child who responds to medication functions normally and becomes much happier with himself. Everyone in his life is also happier.

As you have probably guessed, the boy who became the student of the year was given Concerta. His school refused to take him back, so he was started in a new school. The change in his school life was immediate. His mentors and his friends and family are all very pleased with him. His life was truly salvaged by treatment of his ADHD. 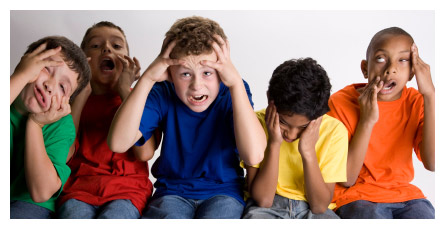 It is true that some children are labeled wrongly with the diagnosis of ADD/ADHD. Not every child who is doing poorly in school or has difficult behavior has this disorder. A real professional evaluation and follow up is necessary to determine if the child is being treated appropriately. One thing is certain. Understanding the problem gives everyone more patience and empathy. It also gives hope. With G-d’s help, with the tools He has given us, many of these kids can lead normal lives.